For appearing in a version of Pharrell Williams‘ “Happy” video,  Six Iranian youths were arrested, and about two have been released, but the video’s director is reportedly still detained.

Watch the video that caused the “controversy” below

If You Missed This Story Read Below 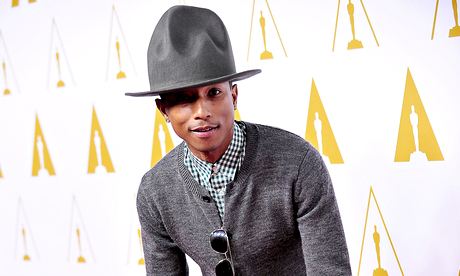 Pharrell’s song Happy has landed a group of his Iranian fans in trouble, after they were allegedly involved in producing a version of the hit’s video.

The‘ hit song, “Happy,” has made Iranian police authorities very unhappy. Some young Iranians have been arrested for appearing in their own version of the pop star’s “Happy” video.

Hossein Sajedinia, Tehran’s police chief confirmed that six people had been arrested because of ”the obnoxious” video released on social media, The Guardian reports.

The video featuring the arrestees was reportedly viewed by thousands of people, however; it has now been removed from the Internet. This “controversial” video showed Pharrell’s ecstatic fans dancing and singing on the rooftops of Tehran.

Using the #freehappyiranians hashtag, many Iranians have taken to Twitter to demand for the release of those arrested.

Reacting to the news of his imprisoned fans, Pharrell Williams posted on his Facebook page: “It is beyond sad that these kids were arrested for trying to spread happiness.”

Pharrell’s video for “Happy” has been viewed over 250 million times on YouTube and has inspired people worldwide to create their own version of the video, which shows people dancing in the street to the song.

10 Nigerian Musicians Who Left The Music Scene Too Soon

10 Nigerian Albums From The Last Decade That Are Definitely Classics

5 Things We Learned From Davido’s Fans Mi Video With Meek...