Ladies the time has come again to list the TOP 10 HOTTEST NIGERIAN GUYS in the entertainment industry to date! All the guys listed are in Nigeria as well as abroad so be aware, in case you don’t recognize a name or face. They have made a name for themselves in music, sports, fashion, film to name a few and have done it all while looking hella GOOD! If you want to know how I came about these names, some were suggested to me so in that case DO NOT KILL THE MESSENGER! Then the others were handpicked by yours truly, I’ll be sure to let you know who! Now being HOT can mean you were blessed with gorgeous features from the Man above but in this day and age, that is not enough! We are a very visual generation and everything and I do mean everything, must be pleasing to the eye to get our immediate attention especially in the entertainment industry. Without further ado, here are your guys:

Google this guy and I swear this is one of the first photos that comes up! Tempted much? Anyway, Iyanya caught the attention of everyone [girls especially] with hit songs like, Bust Me Brain, Kukere and Ur Waist and kept it with tantalizing images of him like the one photographed above. Now, yes he can sing but sporting washboard abs and a well sculpted frame doesn’t hurt either! And yes, he was a suggestion and also handpicked by me, of course!

D’Banj is a fine boy, yes, that is a given but his sense of style is what I feel makes him HOT! The KokoMaster never fails to deliver! He always shows up to any event… RED CARPET ready! Funny thing is that because he’s always wearing shades, I’ve kind of grown an appreciation for his lips! Ladies! Take a look at them and tell me you don’t feel like kissing him! If you don’t ….then let’s move right along! I remember seeing Alex in some red carpet photos of an event and thought, “Omg I would so love to hook him up with my younger sister!” He exudes that all around good guy persona that makes you want to get to know him. And that smile can melt hearts, I swear! This man has put his good looks to work as a model, actor and a contestant [& 1st runner up] in the Mr. Nigeria Contest last year. Let’s forget he knows how to DRESS!

Mai Atafo is an amazing designer that does everything from womenswear, to menswear and bridal so you already know that his style will be on point. He simply has no choice! He is also a great looker, like the true definition of what every women craves for, you know, “tall, dark and handsome”. Well ladies, here he is maybe not Mr. Right but definitely Mr. Right Now!

Rotimi is a triple threat, literally, he sings, he acts and of course models! With good genes like that, why the hell wouldn’t he? I got the opportunity to meet him at the Nigerian Entertainment Awards and he really is a sweetheart ladies! You can catch him on the STARZ hit series BOSS in the U.S. looking as fine as ever!

The name may not ring a bell but the face may help. David was born and bred in the UK and has been featured in stage plays and movies like, Red Tails, A Raisin in the Sun and The Last King of Scotland among many others! I personally love his look and find him not only HOT but very attractive… and yes I handpicked this one! Let me know if you agree with me on this one! 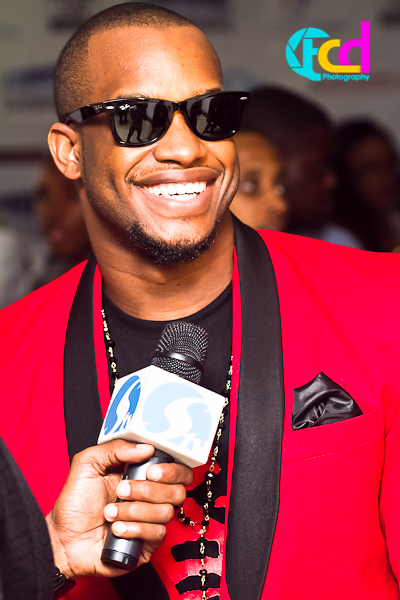 Look at that smile and those dimples!!! Yes he is HOT but also adorable! I remember watching his Alabukun video and getting a little hot under the collar. He is definitely one to give a long look at then his body and style of dress makes him so very appealing!

This boxer turned celebrity personal trainer Hollywood Hino is a true definition of self made man and kudos to him for that. But watching him on LaLa Anthony’s reality TV Show LaLa’s Full Court Life made me realize how handsome he is! And as a personal trainer to the stars please believe that the photograph above is ALL him! Ladies don’t be ashamed to feast your eyes!

The voice behind the hit single Pass Out, Tinie Tempah, to me is one sharp guy! No he doesn’t flash off his body for us ladies to swoon over but I feel he has a certain appeal that’s different from guys like Iyanya and Hino but still gets the girls going wild! British GQ Magazine put him on their cover… that should give you an idea of how HOT he really is!

Lastly, we have Uti! I love his [I hate to use this word but…] SWAG! He really impressed me at the Nigerian Entertainment Awards this past September. We didn’t meet but each time I saw him, he was walking in confidently, hair done right and dressed to KILL. This winner of Big Brother has certainly been winning ever since looking like a bag of money! [S/O to his hairstylist too!]

Yes I am a fan of his music and yes I do think he does deserves to be labeled as HOT! From his kicks, to his style, to his beard, to his voice… overall he has that IT factor and I refuse to back down from this notion! Case closed lol.

So those are the TOP 10 HOTTEST NIGERIAN GUYS making more than a splash in the entertainment business! There were plenty of close calls but I decided to keep it simple!

What do you ladies think?

D’Banj and Skibii about to serve a new single

Nigerian Idol S7: Here Are The Most Hilarious Auditions From Episode 1

Davido, Ckay, others to perform at Youtube Africa Day Concert

5 Things We Learned From Davido’s Fans Mi Video With Meek...

10 Nigerian Albums From The Last Decade That Are Definitely Classics